Athletes and active adults are leaning more towards nutrient-dense foods to improve athletic performance. Diets rich in vegetables like beets are shown to have a significant impact on body functions during exercise. In fact, beetroot juice has become one of the most popular ergogenic supplements for athletes. What makes the beet such an athletic nutritional powerhouse? 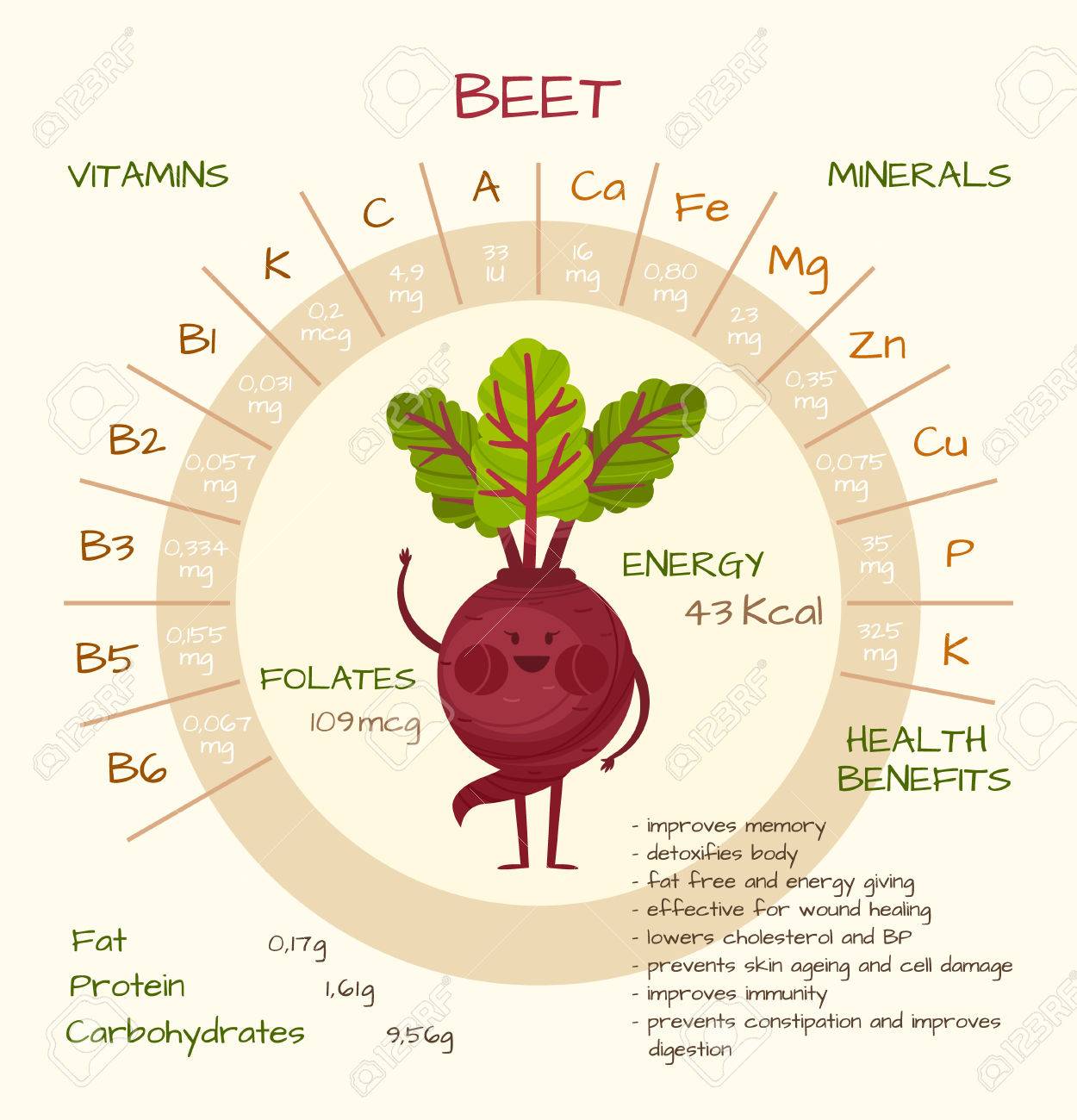 The beetroot (beta vulgaris) is enjoyed as a food source, is used medicinally, and continues to grow in popularity as an ergogenic supplement. Although there are several varieties of the heart-shaped vegetable, the most common among health-conscious people are the red beetroot.

Beets are a rich source of potent antioxidants and also high in nitrate levels. Studies indicate vegetables high in nitrate promote improved health and athletic performance. Nitrate is a chemical naturally occurring in certain foods and is converted into nitric oxide when consumed.

The importance of cardiorespiratory fitness for athletes and active adults is essential. This component of physical fitness refers to the ability of the circulatory and respiratory systems to supply oxygen to working muscles during prolonged exercise. Nitric oxide (NO) from beet juice helps this process. It is shown to increase cardiorespiratory performance and improve muscle function. 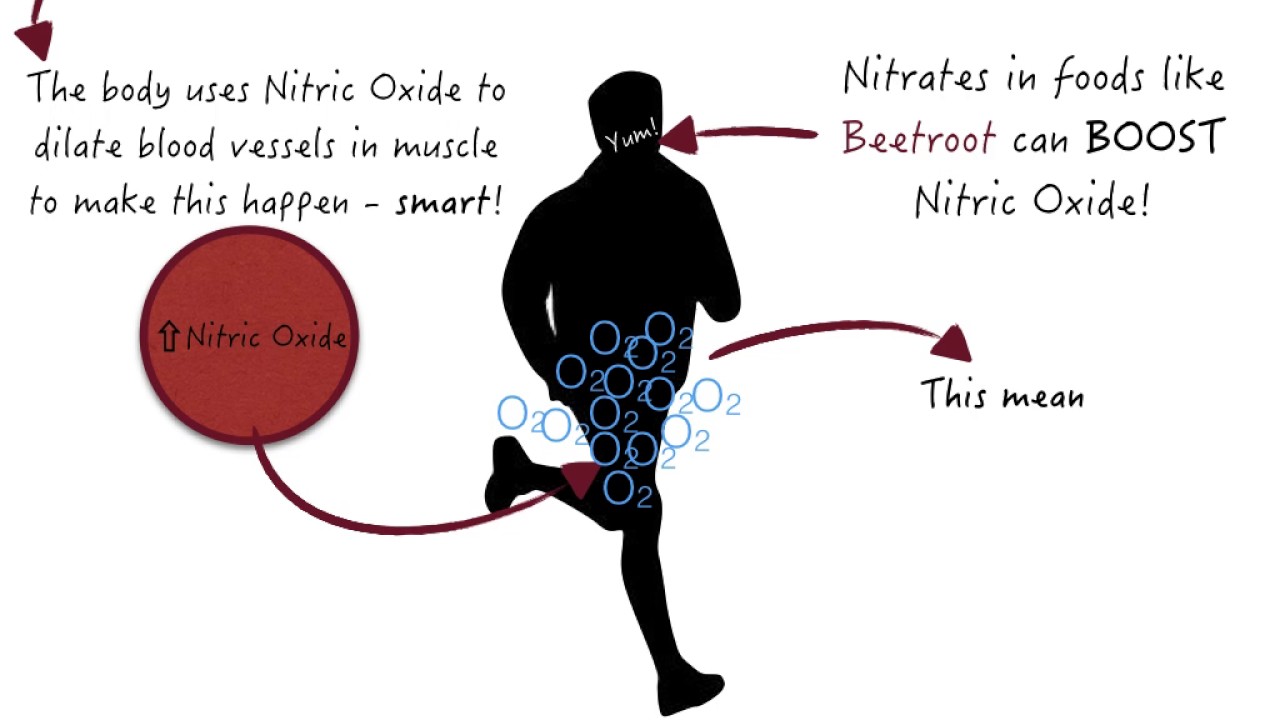 Nitric oxide (NO) works by stimulating body functions affecting oxygen utilization. It opens up your blood vessels (vasodilation) increasing blood flow and feeding more oxygen to working muscles. Nitric oxide also functions as a signaling molecule communicating with your cells and body tissues. This communication ensures more blood flow to the muscle and adequate oxygen intake inside the muscle.

It appears beets have provided a competitive edge for athletes and can improve performance by almost 16 percent according to preliminary research. 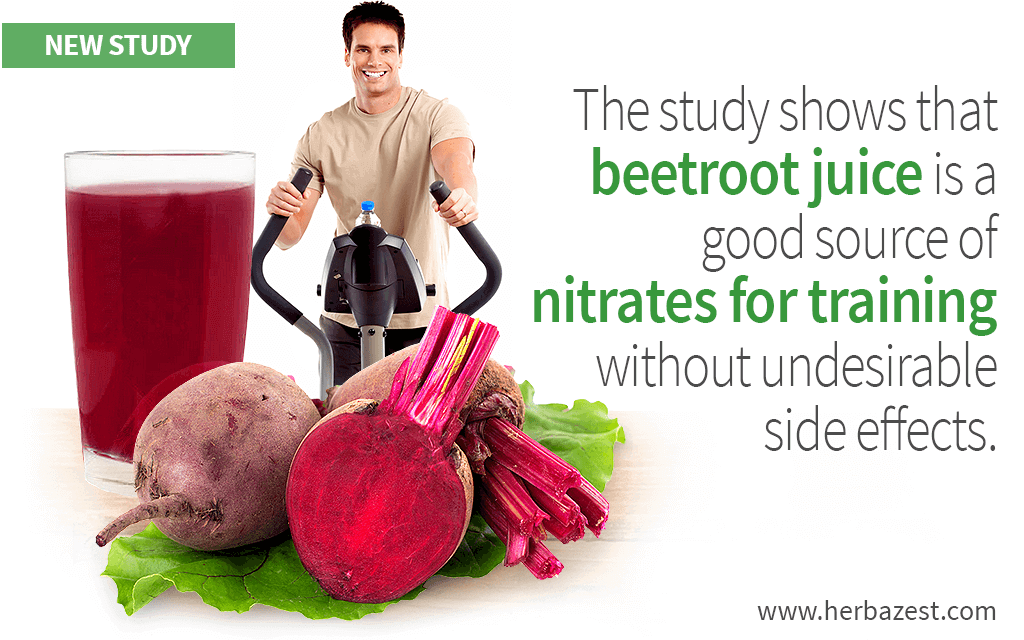 Beet juice studies have been conducted on athletes in a variety of sports including running, swimming, cycling and power walking. The common goal of all research was to examine the beneficial effects of beetroot juice on athletic performance.

A study was published on beetroot juice supplementation and aerobic response in fourteen male swimmers. The participants were master athletes aged in their mid to late thirties and in excellent health. Controlled swim tests were conducted with and without beetroot juice supplementation. The athletes were evaluated throughout the swim test for maximum volume of oxygen (VO₂) and aerobic energy cost.

The swimmers significantly increased their anaerobic threshold after beet juice supplementation compared to testing without. This means increased oxygen capacity allowed them to swim longer before reaching exercise failure after drinking beet juice. The athletes were also shown to have a decreased aerobic energy cost supplementing with beet juice. A lowered energy cost enabled the swimmers to sustain an increased exercise time.

A systematic review was conducted on several articles studying the effects of beetroot juice and improved cardiorespiratory endurance in athletes. More than twenty articles were selected to be studied. The focus of the review was to determine the effects of beetroot juice alone and in combination with other supplementation on cardiorespiratory endurance in athletes.

The articles covered a wide spectrum of sports and included both male and female athletes. Among the athletes indicated were kayakers, triathletes, cyclists, swimmers, runners, and healthy active adults. The following results from these studies and have been summarized below:

WHY BEET JUICE MAY NOT HELP IN SOME CASES

Numerous studies have shown beet juice effective to improve athletic performance. Most of this research has taken place under normal environmental conditions. There appears to be conflicting evidence on beet juice benefiting those athletes competing at higher elevations.

Working out in high altitudes places additional demands on the body, especially decreased oxygen supply to working muscles. The primary reason oxygen is decreased occurs as a response to a reduction in oxygen pressure at a higher elevation.

The change in elevation appears to have an effect on how nitric oxide (NO) in beet juice affects the body. One small study indicated increased nitrate levels in the blood after supplementing with beet juice but showed no enhanced running performance of well-trained athletes.

Another clinical review suggested research on athletes like mountain bikers and endurance runners competing in high altitudes remains contradictory. However, it was suggested that beet juice supplementation may still be beneficial even when hypoxia is present. Hypoxia refers to a condition where a region of the body is deprived of oxygen at the tissue level, including muscle tissue.

Beet juice may be effective for the majority of athletes, but not beneficial for athletes in high elevation. There is a small percentage of the population that doesn’t perceive a benefit from beet juice supplementation training at high elevation. The reason for taking it is to enhance athletic performance but may not be the case for all athletes. Ultimately, deciding to use beet juice is a personal preference with potential benefits. 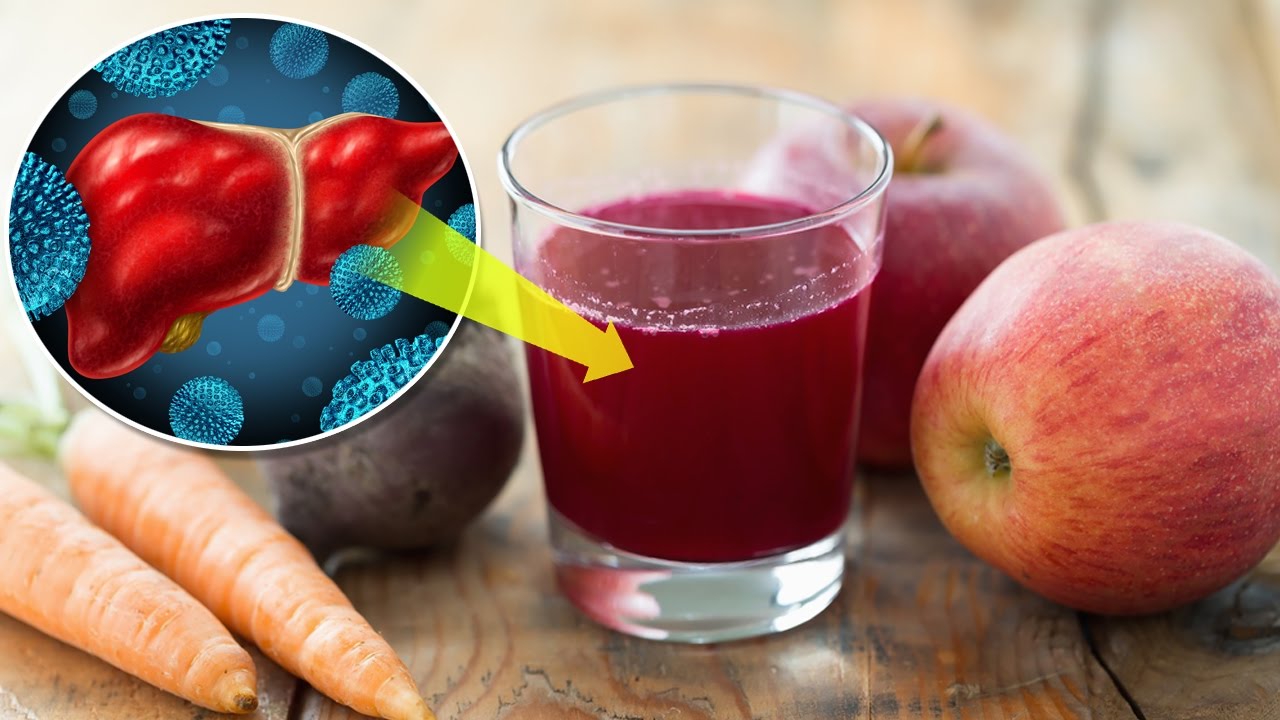 Consuming beets or beet juice may boost your athletic performance but is also a popular superfood for overall health improvement. Consuming beetroot juice has shown to help with the following:

According to chronic studies on hypertension, beetroot juice is high in nitrate. When you eat beets or drink beet juice, nitrate is converted into nitric oxide. Nitric oxide is a vasodilator and functions by relaxing and dilating your blood vessels for increased blood flow. This directly affects the pressure within your blood vessels. Research indicates a significant decrease in blood pressure three hours after drinking 500ml of beetroot juice. These findings suggest dietary nitrate found in beets as a natural low-cost way to treat hypertension and reduce the risk of cardiovascular disease.

Beets contain powerful antioxidants or phytonutrients that may help reduce the risk of cancer. It appears red beetroot extract has similar cancer-fighting compounds as some anti-cancer prescription drugs. Betanin, which is a food dye extracted from beets is shown to be biologically active. Research has discovered betanin helps reduce the size of breast and prostate cancer cells. These findings have stimulated further examination to confirm the chemopreventative potential of beetroot extract.

Beets are a rich source of antioxidants that help cleanse the body of toxins. They contain betaine and pectin essential to cleansing the liver so toxins are not reabsorbed by the body. Drinking the beet juice instead of cooking raw beets is said to better preserve betaine levels. Higher betaine levels stimulate the liver to get rid of toxins. Decreasing the toxin levels in your body helps reduce inflammation, promotes healing, and is shown to reduce the risk of chronic illness and disease.

Beets and beet juice are a rich source of betalains. Betalains are phytonutrients shown to help reduce inflammation in the body. They function by lessening the activity of certain enzymes that can trigger inflammation. Studies show decreased inflammation from beetroot juice can help reduce our risk of heart disease and Type-2 diabetes.

Beets are an amazing source of concentrated nitrate and other nutrients are shown to improve your health and fitness. According to research, approximately 80 percent of dietary nitrates come from vegetables like beetroot. According to the American Journal of Clinical Nutrition, the following chart will be helpful in selecting vegetables according to their level of nitrate: The nitrate found in beets and other foods can be metabolized into nitric oxide (NO) shown to enhance athletic performance and improve cardiovascular health. The strength of the evidence indicates nitrate-rich plant foods and especially beets to provide significant health benefits. Beets can be consumed by cooking the vegetable, drinking the juice or even through a dehydrated powdered supplement. Enjoying a glass of beetroot juice before your next workout may just provide the boost you need.